The Effects of De-Icing Salts on Concrete Pavements

Zachary Trost Posted on February 23, 2016 Posted in General No Comments 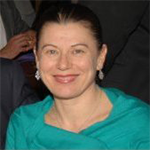 From “If” by Rudyard Kipling

Can de-icing salts be regarded as “impostors”? On one end they keep bridge and road traffic surfaces clean from ice during the winter, while on the other they generally create serious deterioration of steel reinforced concrete.

Not all the de-icing salts perform the same. Between Sodium Chloride (NaCl), Calcium Chloride (CaCl2) and Magnesium Chloride (MgCl2), the last two are much more effective against ice than NaCl, but at the same time significantly more aggressive against concrete.

CaCl2 can decompose the Portland cement binder due to its reaction with calcium hydroxide (Ca(OH)2), which is generated by the reaction between water and cement.

MgCl2 can decompose the Portland cement binder at an even deeper level than CaCl2 because of its reactions with calcium silicate hydrates (C-S-H), which are the backbone of concrete giving it its structural framework.

Here are a few studies on the effect of different de-icing salts on concrete.